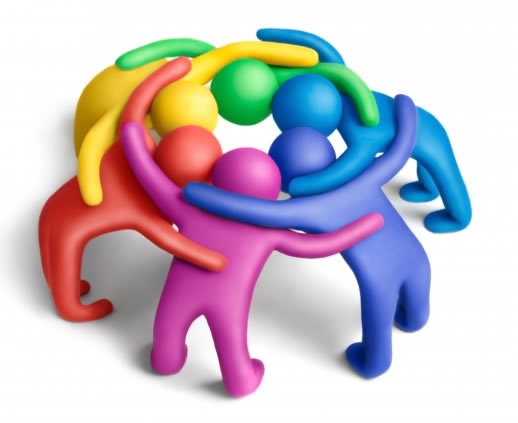 Every startup I've worked at folks have lamented about how there were never enough resources to accomplish everything they wanted to. Whether it was not enough engineers to build the desired features, not enough designers to design those experiences, not enough marketers to drum up interest, or not enough salespeople to generate revenue. It always felt like the startup couldn't hire fast enough to meet the desires of the business. And the classic belief was that we would be able to achieve our goals if we just had a few more people on the team. It's easy to understand why folks have that mentality given resources are certainly a necessary ingredient to getting things done. When a startup is in the company building & scaling phase, excellence in hiring and on-boarding quality talent faster than others is a potential competitive advantage.

But I want to make the counter-argument for why a minimum viable team, or a small team just big enough to ship and iterate on your minimum viable product, has it's own advantages at the earliest phase of a startup when you are pre-product/market fit.

Reduced communication overhead
As Fred Brooks taught us long ago, the cost of communication increases exponentially with the addition of each new team member on an R&D team due to the nature of the inter-connected work which requires everyone to be kept up-to-date on the current plans, designs, strategy, etc in order to ensure success.

Increasing your team size early on therefore increases your cost of communication. As things are moving quickly at the earliest stages and you are learning at an accelerated rate, there is significant new information being learned often that needs to be appropriately communicated. Therefore the smaller your team size, the lower the communication overhead that you experience. While there are various techniques to reduce communication overhead, there aren't any silver bullets here. And ignoring it and allowing poor communication on the team to result also comes at a material cost to the quality and velocity of work.

But when the entire team can sit together side-by-side and fit in a single conference room and be fed by two pizzas, you have incredible communication velocity and limited overall overhead, allowing your team to move quickly and in lock-step as new information is learned and changes happen.

Faster decision making
Decision making also tends to slow down on larger teams. This is because more stakeholders end up involved in decisions, more people's input is often needed to make the decision, and more socialization of the decision needs to happen.

With a very small team decisions can be made fast. There are usually very clear decision makers and far fewer people to convince and get buy-in from. When an organization has very clear decision rights on who owns a decision, they can often scale decision-making in larger teams. But while this works in theory, in practice I've found it very difficult to truly manifest this. Especially at the earliest stages when folks often want to feel they have strong input into the direction of the company and is often the very reason why they decided to join an earlier-stage startup in the first place.

Therefore the smaller the team the more naturally quick decisions can happen. Decisions on product features, decisions on target customer, decisions on acquisition strategy, monetization strategy, and maybe ultimately even the decision to pivot. There are a million decisions to be made at the earliest stages of a startup and the speed of your decision making can make all the difference.

Less inertia to alignment
After decisions are made, you need to ensure that the team is aligned on them in order to keep them motivated and working at their highest level of performance. This takes time and energy and effort to ensure such alignment. The team will inevitably be making quick decisions with limited information and are going to naturally have disagreements amongst the team. But you still need the rest of the team to accept and be motivated by the continued direction of the company. To do this you end up spending significant effort building buy-in for the decision or for your team and capabilities to make such decisions in the first place. There isn't much of a shortcut here. Even with clear decision rights on who owns the decision, simply wielding those rights without driving buy-in will de-motivate your team and prevent them from giving you the high quality output you need to be successful.

Given this, the smaller the team the easiest it is to get that alignment from the team since there are just far fewer stakeholders that need to be bought off on the decision for directions to change.

What's exciting is you're seeing an incredible trend in the ability for far fewer and fewer people to build more and more incredible products and services given the advancements in developer productivity, available infrastructure, and third-party services. Instagram, for example, had a team of only 13 employees and built a service with over 30 million users and sold to Facebook for $1B. Similarly WhatsApp had 55 employees and grew to over 450M users and sold to Facebook for $19B.

So when you think about adding the next hire to your team, make sure to weigh the advantages they bring against the costs that are imposed on communication, decision making, and alignment.
Related Essays
Want to accelerate your product career?
I've finally distilled my 15+ years of product experience into a new course designed to help PMs master their craft. Join us for the Fall '22 cohort of Mastering Product Management.
Are you building a new product?
Learn how to leverage the Deliberate Startup methodology, a modern approach to finding product/market fit. Join us for the Fall '22 cohort of Finding Product/Market Fit.
Enjoyed this essay?
Get my monthly essays on product management & entrepreneurship delivered to your inbox.