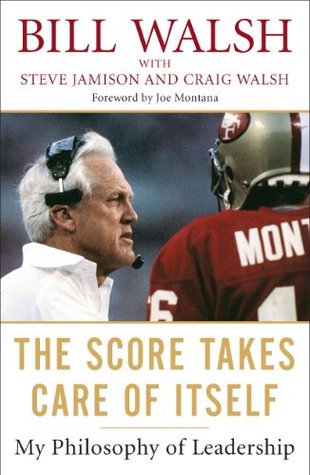 I've long found myself unsatisfied with the conventional discourse of what leadership is supposed to look like in Silicon Valley technology companies. These best practices are typically oversimplified into two high-level philosophies on leadership.

The first philosophy is often characterized by first setting an overall vision; then coming up with mutually agreed upon goals, often in the form of objectives and key results (OKRs), and holding teams accountable to those results; and finally delegating and getting out of the way to allow the team to perform. Folks who subscribe to this philosophy often talk about making yourself as redundant as possible as a sign of success in the process. Fred Wilson shares this mentality in how he describes the role of the CEO of a startup:

A CEO does only three things. Sets the overall vision and strategy of the company and communicates it to all stakeholders. Recruits, hires, and retains the very best talent for the company. Makes sure there is always enough cash in the bank.


In stark contrast to this approach, the second philosophy is exemplified by the leadership style of the late Steve Jobs. It's a benevolent dictator mentality that has the leader at the top leveraging their own incredible and unique abilities, taste, and judgment to call the shots and make the most important decisions. They are often leveraging their teams as the execution arm of their will. And while scaling is the typical challenge to this approach, they solve for it through a maniacal focus on the very few products that really matter. Elon Musk and Mark Zuckerberg are also often described as leaders that exemplify this very leadership philosophy.

These two leadership approaches couldn't be more different from each other. Yet both suffer from serious shortcomings. Given this, I've always been fascinated with alternative or more nuanced approaches to leadership that could potentially provide a better way. Keith Rabois encouraged me to read The Score Takes Care of Itself by the late Bill Walsh to learn about another such way. It turned out to be a fantastic read in which Bill Walsh shares unique insights into his leadership approach from his time as head coach and general manager of the San Francisco 49ers. It provides a compelling model for tech startups today and I wanted to share my three biggest takeaways from it.

The title of the book itself, The Score Takes Care of Itself, was one of Bill's favorite phrases and one of the most important leadership lessons Bill talks about throughout the book. He summarizes the idea succinctly as:


While such a simple concept, it actually runs counter to the traditional OKR-focused approach of the first leadership philosophy I mentioned above. With OKRs, you define your key results in terms of the outcomes that your company or your specific team are focused on producing. You are taught not to measure activity but only measure the ultimate outcome that will drive your desired business results. The idea behind this is that it focuses you squarely on the outcomes that actually matter. There are many benefits to this approach for sure. Going through OKR exercises helps you collectively align on what those ultimate metrics that really matter for the company should be. They also force you to come up with reasonable estimates which over time ideally improve your ability to forecast results. When done right, they also facilitate alignment across teams with clear transparency on what each team is prioritizing and how their individual OKRs ladder up into the company's overall goals.

Bill goes on to caution us on how destructive an over-fixation on outcome metrics can be. What I've noticed in my own experience is that the challenge with OKRs is they can result in short-term thinking and a short-term focus when you are focused on coming up with projects and initiatives that have the highest probability of helping you achieve your key result. This often happens because the higher risk / higher reward projects often get sidelined due to their uncertainty in favor of projects that are far more likely to help you hit your target of 70% achievement of your team's key results.

Though the destruction Bill talks about is far more personal in nature. He says:


When you let your own self-worth get tied up in the professional outcome you are seeking, it can be incredibly destructive to your mental state, your happiness, and overall well-being. Bill Walsh himself let his own identity become wrapped up into the success of the 49ers. And despite leading the 49ers to win three Super Bowl Championships, it was never quite enough. And it ultimately forced him to resign, leave the sport he loved, and never return to it.

For Bill, leadership was required to really instill craftsmanship into everything the team did. Bill's ideas on leadership was the opposite of the delegate and get of the way approach. Bill was the expert in how to do each of the roles on his team at the highest levels of excellence. He didn't rely on his team to just know what they needed to do and do it. Instead he was constantly defining and raising the bar for what excellence looked like. But Bill admits that to do this well, you need to posses incredible knowledge and develop expert intuition in your domains of expertise. And this takes a lifetime of experience to hone and develop. There are no shortcuts in Bill's leadership approach.

The third critical element to Bill's leadership style was having a passion for teaching. He's defines a great leader as someone who:


One of Bill's greatest loves was teaching his Standard of Performance to the team. He would teach in a variety of settings: team-based meetings as well as individual one-on-ones. He would spend a lot of time teaching his assistant coaches on how best to teach the players by doing teaching role-plays with the coaches. He would also encourage his coaches to join Rotary Clubs to get even more practice in public speaking to make them even better teachers. Teaching, mentoring, and coaching is the very job of leadership in Bill's mind. I rarely see this mentality ingrained in the minds of managers in Silicon Valley. Too often a sink-or-swim approach is taken, often expecting team members just to be able to figure it out on their own. And I think the lack of focus on teaching is a missed opportunity for significantly up-leveling talent within organizations. Part of the problem is certainly that we don't necessarily select leaders based on their passion for teaching. And maybe we should.

When you start to put these elements of Bill's leadership style together, you start to see how it differs from the conventional wisdom. Bill encourages you to focus on the inputs and the process instead of the ultimate outcomes as the outcomes are not in your control. Bill expects leaders to be functional experts in the roles on their team in order to develop the Standard of Performance. These leaders are not just people managers. They are the very best at what they do. And they develop a powerful system, via the Standard of Performance and a passion for teaching, of inculcating their team to make them the very best at their roles. But unlike the benevolent dictator model, Bill certainly doesn't encourage you to call all the shots yourself. But instead to build up the team and the team culture to be able to do so.

For those interested in learning a refreshingly different approach to leadership, I highly recommend The Score Takes Care of Itself by Bill Walsh.
Related Essays
Enjoyed this essay?
Get my monthly essays on product management & entrepreneurship delivered to your inbox.